Iran has the highest quality of saffron in the world. The impeccable source of the Red Gold since 10th century BC. 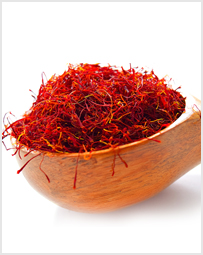 Iran has the highest quality of saffron in the world.

A combination of original beetroot, enriched soil and especial weather conditions has made Iran the impeccable source of the highest quality of Red Gold since ancient 10th century BC.

In the recent years many brands emerged from countries like Spain, China and Afghanistan but the quality could not be comparable with the Iranian saffron. In spite of the fact that the most saffron coming from such countries are originally grown in Iran and that is the Iranian bulk saffron which is packaged and branded by them but the saffron after reaching to the final consumer is not fresh anymore.

The quality significantly downgraded and flavor, coulour and aroma is far different to the original one after a long time of being in the hands of many dealers possibly stored in improper conditions as well. The color of Iranian saffron is a deeper red and spice's telltale musk (a fantastic corrective to its sweet perfume) is more pronounced.

We produce and process the saffron in our farmlands in the north east of Iran where the elusive blend of soil, topography and climate produces crocus fields unlike anywhere else. We package and directly send it to you with no dealers in between to increase the price incredibly and decrease the quality. 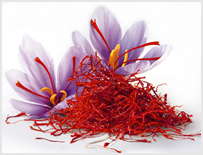 Saffron is far and away the most expensive food on earth, way more than truffles, caviar, and real balsamic vinegar. Its history is epic, its flavor is revered.

Saffron threads are the stamens of the crocus, a high-maintenance flower whose climatory pickiness is matched only by its fickle yields. Each flower, which blooms for one week of the year, produces about three stamens which must be picked by hand (with the greatest delicacy) and dried (delicately again!).

When purchased in small quantities from reliable sources, saffron is definitely worth it. Beyond its luxe cachée is a flavor difficult to describe but profoundly delicious. It plays well with an impressive range of ingredients, and even when it doesn't dominate a dish, its flavor and distinct aroma elevate its surrounding flavors into something ethereal.

How to cook with saffron 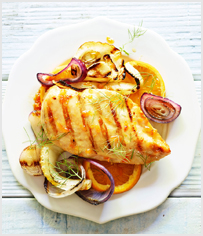 A small pinch in a large pot of food makes a substantial change its character. The flavor is richer, fuller, and much more aromatic. The saffron adds a hint of luxury, brilliant color and some sophisticated sweetness.

Desserts are another go-to, and saffron can tread anywhere vanilla does, such as custards ice cream and cookies.

Saffron takes best to light meat and vegetables, such as poultry, cauliflower, and onions. If there's water already in the pan, just crumble in the threads... Please click on the picture to read about delicious saffron recipes. 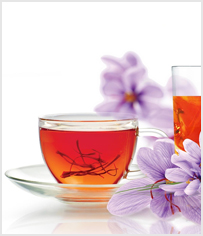 A saffron tea is also known as "steeping" saffron. Think of it exactly as you would when making any tea. the longer your saffron steeps, the stronger its aroma, color and flavor will be. Saffron’s full flavor can be released effectively in hot liquid such as broth, milk, water or at room temperature with citrus juice, rosewater, vodka, white wine or white vinegar. Add the saffron threads either whole or break them up by rubbing them together with your fingers and add to the liquid for at least 20 minutes before you drink. You can also make your own saffron tea by using our highest quality Category I saffron that just a little goes a long way. 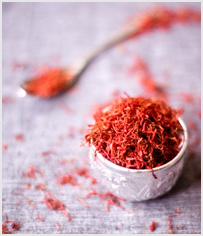 saffron is a wonderful treatment for colds and coughs, stomach issues, uterine bleeding, insomnia, flatulence, and even heart trouble.

Saffron is extremely rich in manganese, which helps regulate blood sugar and aids the formation of bones, tissues, and sex hormones.

It also contains vitamin C that fights infections and aids iron absorption. More interestingly, saffron contains over 150 volatile compounds… Please click on the picture to read about its nutrition and 16 amazing health benefits of saffron. 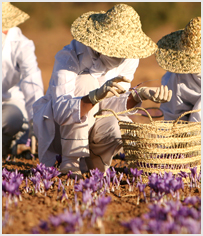 Ancient cultivated Persian (Iranian) saffron in Derbena, Isfahan, and Khorasan by the 10th century BC. At such sites, saffron threads were woven into textiles, ritually offered to divinities, and used in dyes, perfumes, medicines, and body washes.

Saffron threads would thus be scattered across beds and mixed into hot teas as a curative for bouts of melancholy. Non-Persians also feared the Persians usage of saffron as a drugging agent and aphrodisiac. Please click on the picture to read more about history.